As societies undergo constant changes in their economies, resources, priorities and purposes, becoming increasingly dynamic and digital, we’ve started to look at leadership and the profile of a leader with brand new eyes. We are now searching for leaders who master the new ways of doing things. Even better: we are now aiming for leaders who may not master all the specificities, but have the energy and the ability to learn, unlearn and re-learn their entire life.

Before embracing my most recent adventure in Portugal, I spent 9 years in India leading IT, operations and transformation in a large multinational bank, where I had the chance to meet Jay, a 25-year old developer from our teams. Back in 2014, we were facing a lot of challenges with a reconciliation process between accounting and back-office repositories, which ended up in a lot of discrepancies among platforms and departments. Jay suggested the use of Big Data and Machine Learning, two concepts that, at the time, were far from being mastered and implemented on the business. Late 2014 was even the first time I heard about the concept of Big Data. When I’ve mentioned this idea to my peers in other teams and in the headquarters, everybody said it was too futuristic, in one word: impossible. Anyway, I was so amazed with Jay’s confidence and passion, that we decided to try it! In his own garage, just like Steve Jobs, he started a pilot on a language called “R”. After 5 months of prototyping, we were able to implement the first sample in the production database and realized that the reconciliation patterns were finally matching. And at a much faster pace than the manual task! We ended up saving time, and resources, while increasing the accuracy of the process.

Jay showed me what leadership is all about, because he embodies the full set of skills and characteristics I find absolutely key in a “future leader”.

His first quality is also the most important: the ability of continuous learning. Future leaders are the ones who don’t stick to their curriculum vitae, to an academic degree. They look for learning every day, from everything and everybody. Understanding the world around them is key. They have a broad scope and want to master different skills, going beyond their own expertise area. Jay wasn’t an expert in Machine Learning – still – and he was a bit out of the banking reconciliation process, but nothing stopped him of acquiring all the knowledge he could in order to prove his concept.

This takes me to the second characteristic of “future leaders”: to embody diversity and inclusion in all ways. While always looking for new learning, these leaders want to connect with diverse people. with different points of view and backgrounds, because they are aware that D&I can only enrich the human experience and the professional outcomes. Jay didn’t hesitate in involving in our project all sorts of teams and departments: from India and beyond. He knew that multiple perspectives could only take us further!

“Future leaders” stand out for their generosity. They have a positive mindset and altruism is on top of their minds. They are empathic, inclusive and give a lot of themselves – time, attention, mentoring – to others. They live and work with a strong common purpose. They know that their attitude, more than their aptitude, defines their altitude. Jay dedicated countless extra hours to the project he believed in. A project he knew that would help his colleagues, several teams and the company itself.

Belonging to the sector or not, “future leaders” are tech-savvy. They are aware that the only way to go is through technology and digitalization. They keep up with all the business trends and technological evolutions, because staying updated gives them the tools to constantly adapt to change, while developing something new. Coming back to Jay, he was a technologist himself, but he wasn’t the master of all technologies. He picked a technology that was just popping up and invested on it to build something bigger, totally disruptive.

Finally, “future leaders” are action-driven. They look for some action that follows words, with great focus and discipline. They may be filled with purposes and philosophies, but they don’t waste too much time spreading the word: they turn them into projects. They don’t want to change the world: they make it happen. Jay was a real stubborn, but not in the bad sense of the word: he believed in himself and on his original idea, and as people were telling him it wouldn’t be possible, the more confident he felt. He never gave up, standing for his own beliefs and ideas.

Today, six years after, Jay has his own Artificial Intelligence and Machine Learning company in India, leading a team of 50 people, and providing services to his previous employer.

Looking back, I’m thrilled that we took the right decision: listen to him. Because this is what we need the most today: listen to this new generation of future leaders. Despite their age, professional experience or seniority.

We can’t be afraid of giving them the stage for action. Because they are not the “future leaders”. They are the leaders of today. 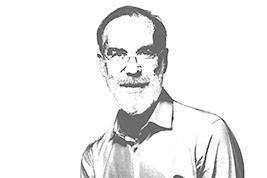 Etienne Huret
Managing Director da Natixis em Portugal
Etienne Huret was appointed Managing Director of Natixis in Portugal in July 2020. Etienne has 27 years of banking experience, 15 years as a consultant, leading large transformation programs and 12 years as IT Head and Senior Leader in the global offshoring and nearshoring centers of Société Générale. Across his different roles, in countries such as Portugal, Belgium, Romania and India, Etienne has strived to promote an inclusive and innovative mindset, with special focus on diversity in leadership and in technology, LGBTQ+ community and people with disabilities.